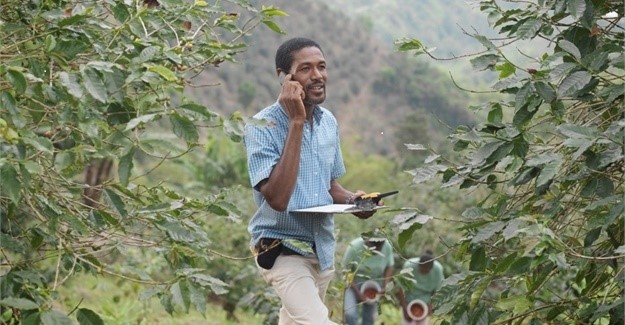 While people in major cities and developed countries enjoy an ever-expanding selection of applications and other innovations to help them live more efficient, safer and entertaining lives, millions in the hinterlands of Africa, Asia and Latin America are still waiting for the digital revolution to arrive. Yet recent advances in information and communications technologies hold enormous potential for reducing poverty and improving lives, and there are some encouraging cases of digital innovations that are already doing this.

From May 8 to 10, 2018, hundreds of tech experts, development professionals and business people will gather in Lusaka, Zambia for the 10th Conference on Information & Communications Technology for Development (ICT4D), to learn about the pro-poor potential of digital technologies. Stephen Hellen, Director of Information and Communications Technology for Development at Catholic Relief Service (CRS), said that over 600 people are expected to attend the event.

“It’s a practitioners’ conference, not an academic event,” noted Hellen, who has been involved in organizing ICT4D conferences since 2012. “Ideas shared at these conferences have led to real improvements in how development projects are carried out.”

He explained that CRS created the ICT4D Conference to help development organizations and their partners use information and communications technology to become more effective and expand their reach. CRS subsequently convened a consortium that now organizes the annual conference, and created a webinar series to share its best lessons with people around the world.

Hellen said that the growth in mobile phone use in Africa has made mobile technology a major focus, since it provides a platform for sharing information and tools that can improve lives and livelihoods. He noted that even though about 74 percent of Zambians have access to a mobile phone, there are still vast rural areas where phones are scarce and coverage is sparse, which is a common scenario in Africa. Development organizations and businesses are consequently using phone applications that function off-line, which allows people to collect or access information in areas that lack mobile coverage.
“At the core, it’s all about access to information,” he said. “Whether it’s a small farmer trying to get the latest weather data or market prices for his or her crop, or a mother seeking information about her sick child’s symptoms.”
Hellen cited a CRS project in Niger that provides basic education for young women as an example of the uses of mobile technology for development. Women who attend the course regularly are given phones loaded with literacy and mathematics applications, which allow them to review lessons and continue learning after they’ve completed the course.

According to Frédéric Massé, Head of Africa Agriculture Industry at SAP, the market leader in enterprise application software, multinational and large local companies were the first to adopt digital technologies in Africa, but governments, non-government organizations, cooperatives and small and medium-sized enterprises have followed suite. “Digital technologies constitute one of the most powerful sets of tools to develop businesses and jobs, and also to improve government services delivered to citizens,” he said.

Massé explained that SAP has been working with businesses, governments and international organizations in Africa for decades. Because about 70% of African families depend on farming, the company has developed digital applications that use cloud and mobile technologies to improve the efficiency, productivity and transparency of agricultural enterprises.

In 2016, Zurich-based Barry Callebaut Group – a leading manufacturer of chocolate and cocoa products – announced its collaboration with SAP to offer an innovative app to boost sustainability data management. The system, which went live in June of 2016, aims to cover all of the approximately 65,000 farmers that are participating in the company’s sustainability activities in Côte d’Ivoire.

One of the first African enterprises to use that app was the Kalangala Oil Palm Growers Trust, a smallholder organization in Uganda. The software helps the Trust coordinate the production and delivery of palm fruit to processors, payments to farmers, and the administration of loans and other member services. The Trust’s transparent management of approximately US $3 million in sales in 2016 improved members’ incomes and has inspired more farmers to work with the organization.

“When you help companies use these technologies in Africa, you contribute to development,” Massé said. “The benefits are shared with farmers and their families as they are integrated into the agricultural value chain. This is a real opportunity for them to move from subsistence farming to a real rural enterprise that produces surpluses which generate income.”

Massé noted that while a growing number of African enterprises and organizations are taking advantage of digital technologies, their impact is still quite limited when compared to the need, especially for the poorest. He cited the fact that a huge percentage of the food produced by African farmers is lost because of logistics or storage issues as an example of the kinds of problems that digital innovations could help fix. He added that, “According to a 2017 report by the Alliance for a Green Revolution in Africa (AGRA), a 1 percent increase in crop productivity reduces the number of poor people in Africa by 0.72 percent.”

“There is a huge need for these kinds of technologies,” Massé said. “We just need to find ways to get more companies and agencies to use them, as quickly as possible.”